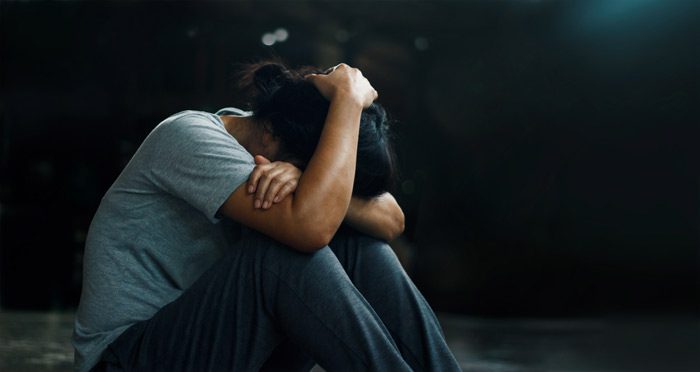 The American novelist William Faulkner once wrote, “The past is never dead. It’s not even past.”

The idea that the past is never dead nor past is tragically familiar to anyone who suffers from post-traumatic stress disorder. Commonly known as PTSD, this anxiety disorder keeps a person’s traumatic past experiences front and center in their mind, often seriously disrupting their life and the lives of those around them.

Let’s take a closer look at PTSD and how it can be treated.

Any Kind of Trauma Can Lead to PTSD

While many people immediately think of those who serve in the military as the people most likely to suffer from PTSD, many different kinds of trauma—not just trauma associated with military service—can lead to the development of the disorder.

An incomplete list of traumas that can underpin PTSD includes:

These sort of traumas—and many more—can be terribly hard to forget or to move past. In those cases, the symptoms of PTSD may arise.

Some symptoms of PTSD involve intrusion—that is, unwanted thoughts in the mind that a person can’t seem to prevent. Other symptoms involve avoidance. Still others impact cognitive and emotional functions. And a final category involves impacts to the ways in which a person reacts to various situations.

Intrusion symptoms may include:

Avoidance symptoms may include:

Cognitive/emotional symptoms may include:

Reaction symptoms may include:

It is probably crystal clear that PTSD can make day-to-day life extremely difficult. The reliving of traumatic events, the extreme efforts to avoid things that call those events to mind, the unnecessary feelings of guilt—all of these things and more are simply exhausting and debilitating. And that is why it is absolutely essential that a person suffering from PTSD gets help.

That help, generally speaking, comes in one of two forms—and is arguably most effective when those forms of treatment are used in combination.

First, people suffering from PTSD can benefit from taking medications like sertraline (Zoloft), paroxetine (Paxil), fluoxetine (Prozac), or venlafaxine (Effexor). These antidepressants can help manage PTSD symptoms. It can take a while to find the most effective medication for any given individual, but the potential benefits are worth the effort.

Second, a form of therapy called Eye Movement Desensitization and Reprocessing (EMDR) has been shown to be quite effective in the treatment of PTSD. This approach involves focusing on past traumatic events while you watch movements and/or listen to sounds. The idea is to reframe the way your brain and body react when memories of the trauma arise. About three months of weekly sessions can provide significant benefits—and those with PTSD are often very relieved that the therapy does not involve having to talk about the traumatic events with the therapist.

Medication and therapy together can help a person with PTSD make progress toward loosening the grip past traumatic events have on their lives.

Sometimes an individual struggling with PTSD is reluctant to get help. This can be especially true if others in their life (or even themselves) believe that they should be able to “just get over” the events of the past.

But that isn’t how it works. Post-traumatic stress disorder, like other mental health disorders, is not about willpower. A person struggling with PTSD is not in a position to simply make the symptoms and impacts of the disorder disappear.

At Johnstown Heights Behavioral Health, we can diagnose and treat a range of mental health issues—including PTSD. If events from your past are impacting your present, let us help you find ways to build a future that is no longer mired in ongoing responses to trauma.

Looking for PTSD treatment near Fort Collins, CO? For more information about Johnstown Heights Behavioral Health, and the programs we offer, contact us today at (800) 313-3387.
0Shares
PrevNext