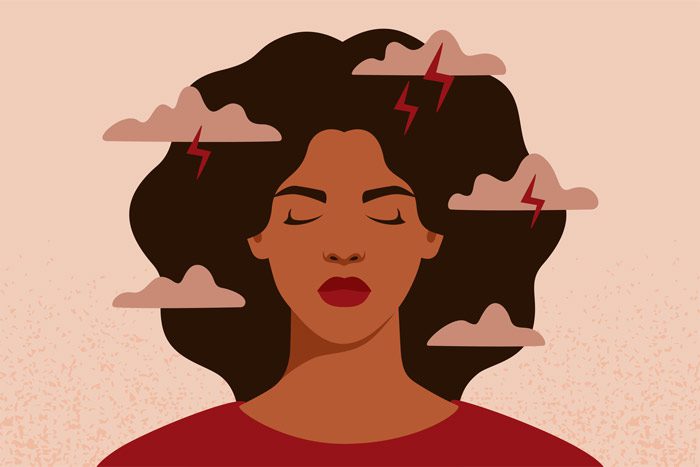 Sometimes we all get a little lazy with our language.

The point is this: imprecise language can lead to confusion and misunderstanding in a whole range of situations—including in conversations about mental health.

Take, for example, the word “depression.” It is common to hear it used as a synonym for “sad” or as a catchall term to describe a variety of mental health disorders. But the word “depression” is not precise enough to give a true picture of what someone might be going through.

Similarly, the term “manic depression” can be imprecise and cause misunderstanding about the condition better known as bipolar disorder–which itself can be easily misunderstood without knowing the specific types of bipolar disorder and how they are unique.

The prefix “bi” means two and “polar” in this case refers to the two “poles” of mood that characterize bipolar disorder—extreme highs and extreme lows.

A manic episode is a severe version of the extreme high of bipolar depression. Meanwhile, hypomania is a less severe episode of the same. Mania and hypomania share similar symptoms, including a feeling of euphoria, increased energy and less need for sleep, racing thoughts, and a tendency to make poor and impulsive decisions that can lead to long-term problems.

The difference in severity between mania and hypomania is important for diagnosing bipolar disorders.

The varieties of bipolar disorder include:

Because bipolar disorders involve such a wide range of emotional states and are a lifelong condition, they can require a multi-pronged approach to treatment. The first step, of course, is to recognize that you are struggling with an issue that may, in fact, be bipolar disorder. Oftentimes, people do not realize just how extreme their mood swings can be or the issues that can be caused by them. Many people, in fact, find the periods of mania—when they are filled with energy, creativity, and little need for sleep—to be positive, pleasurable experiences.

But once a proper diagnosis has been made, a number of treatment options can be used in combination. Treatment may include:

If You Are Diagnosed with a Bipolar Disorder, We Can Help

At Johnstown Heights Behavioral Health, we have the compassion and expertise necessary to help you manage the challenges of a bipolar disorder. We can provide counseling on an inpatient or outpatient basis to ensure that you are safe and consistently working toward developing strategies for managing the disorder.

And if you are struggling with a substance use disorder, we can provide personalized, evidence-based treatment, including medically supervised detoxification and a robust rehabilitation program. As we have noted, it is important to get treatment for a substance use disorder even if no co-occurring mental health disorder is in play. But it is worth noting that good mental health and lasting sobriety go hand-in-hand. One of the best ways to support one is to work on the other.

Bipolar disorders offer plenty of challenges, but the team at Johnstown Heights Behavioral Health is ready and able to help you build resilience in the face of those challenges.

Looking for treatment for obsessive compulsive disorder in Colorado?  For more information about Johnstown Heights Behavioral Health, and the programs we offer, contact us today at (800) 313-3387.
0Shares
PrevNext