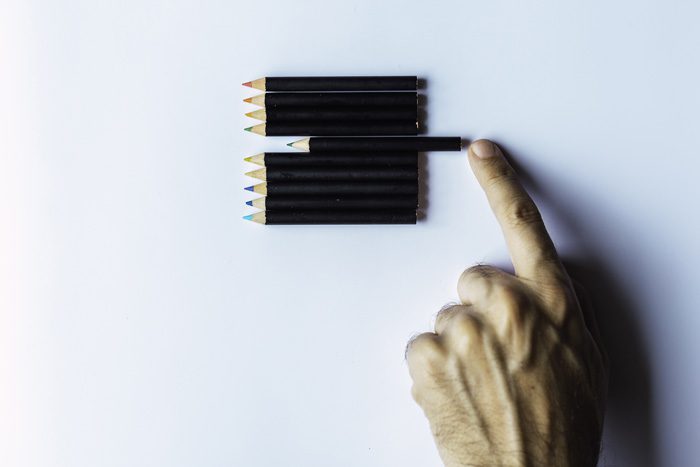 Obsessive compulsive disorder (often referred to as OCD) is all too frequently played for laughs in popular culture.

What Is Obsessive Compulsive Disorder?

The most notable example of this is the television series Monk, a show about a man whose OCD makes him hard to be around—but also seems to be the key to his success as a brilliant private detective. Sheldon Cooper’s need to knock on a door in three sets of three knocks (while calling out a person’s name in between each set) on The Big Bang Theory is another example of a show using the symptoms of OCD to garner laughs from the audience.

Both Monk and The Big Bang Theory feature some moments in which we get a sense of just how problematic OCD can be for the individual experiencing it. But by and large, the symptoms of OCD are presented as quirks that annoy those around the person who exhibits them.

However, obsessive compulsive disorder is not simply a series of mere quirks that are funny or annoying or both. Instead, it is an anxiety disorder—one that is often quite devastating to the person who is experiencing it and trying to manage its symptoms.

As the name suggests, obsessive compulsive disorder is characterized by obsessive thoughts and compulsive behaviors intended to counteract those thoughts. This cycle of obsessions and compulsions can upend day-to-day life as a person struggles to keep the negative thoughts at bay and devotes significant amounts of time to the compulsive behavior. A person with OCD gets caught in this cycle even though they would far rather be engaged with other activities that are of value to them.

Obsessive thought, images, and urges can be centered on a variety of different potential harms on which a person may be unable to stop focusing. Examples include:

As we have noted, compulsions are behaviors a person engages in with the hope that they will counteract or eliminate the kinds of obsessive thoughts we have listed above. Examples of compulsions may include:

The lists above make it pretty clear that OCD is no laughing matter. A person struggling with the disorder needs help—and that help generally comes in the form of cognitive behavioral therapy and/or medications from the serotonin reuptake inhibitor class (often called SRIs). In some cases, a person may need more intensive treatment in a residential setting for a period of time.

Far from being a punchline for jokes, obsessive compulsive disorder is instead one of several different anxiety disorders, any and all of which can make day-to-day life extremely challenging. If you are struggling with a mental health disorder, Johnstown Heights Behavioral Health can help.

We are committed to listening to and collaborating with our clients to create personalized treatment plans that can help individuals better manage mental health challenges. You do not have to let OCD overwhelm you or constantly disrupt your life. Let us help you find ways to leave obsessive thoughts and compulsive behaviors behind so that you can reclaim your life and pursue your passions and goals.

Looking for treatment for obsessive compulsive disorder near Fort Collins, CO? For more information about Johnstown Heights Behavioral Health, and the programs we offer, contact us today at (800) 313-3387.
0Shares
PrevNext